This weekend, I went out to Rich Inlet, next to Figure Eight Island in Wilmington for a nice day of surfing. We launched and rode the tide out roughly 2.75 miles to make an easy beach landing just before Rich Inlet. There, we stretched our legs and discussed the plans for the day. Ultimately, we ended up spending the next several hours playing in the surf near the inlet and then a little further out as the day progressed.

In total, we ended up with 14 miles of paddling, which put us at approximately 8.5 miles of surfing, which when you figure that is just going back/forth in a pretty small area, isn’t too shabby!

Magic Seaweed had the surf as 1-2 feet in the morning and then picking up a bit, along with the wind, during the afternoon. This proved to be accurate and we definitely felt the wind on the way home. We timed it so that we had a bit of a push headed back to the launch point, but the wind largely canceled this out. We didn’t have enough daylight for this, but it would of been nice to have waited another hour to get a bit more flow on the way back.

It ended up being a great day of surfing though and I had several nice long runs, along with figuring out how to hop back on a wave when it crashes on you and you start to sidesurf. This was the first time I did this and found that when timed correctly, I could dig in a bit and straighten the boat out, hopping back on the wave rather than just peeling out of it. 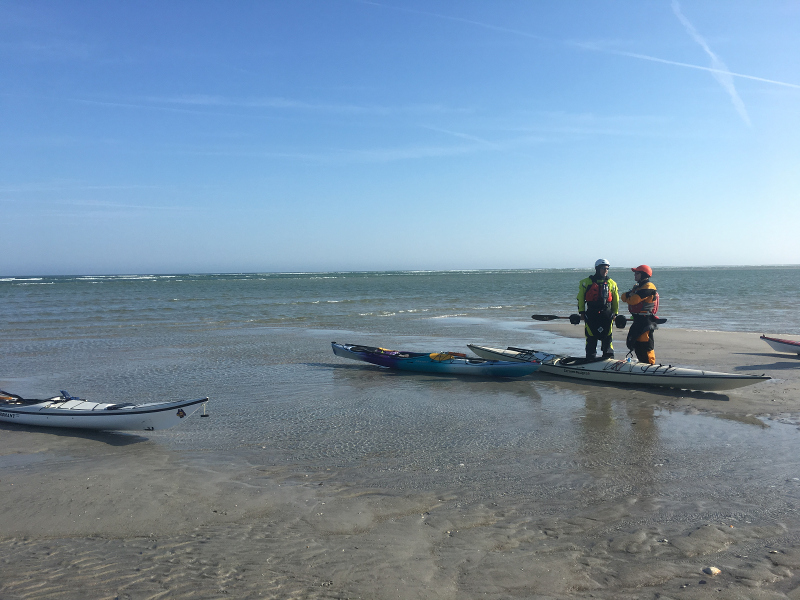